I chose to stay around, especially after getting married and having a daughter I needed to care for. After a few years, a problem arose in the warehouse with our union steward.  I chose to run against him in the next election and won. I was now tasked with representing the 150 other guys working during my shift regarding all union-management related problems. Trust me, the other warehouse guys felt there were lots problems. Taking a yellow legal pad, I wrote out a three-page list of all the challenges I saw in the warehouse and scheduled a meeting with the warehouse vice president, at the end of our meeting, he told me he wanted to meet again to address plans for resolving these problems. We were soon meeting every Wednesday, checking off every issue on my list. One day, he said to me, “Patrick, this department has never run smoother.” The VP then wanted to bring in other union shop stewards from other departments to resolve any labormanagement problems they had. It was not long before we had resolved nearly all of the labor-management problems throughout the entire warehouse system. My desire to advocate for others continued to grow. Then along came a guy named Richard. I watched as Richard worked at the warehouse during summers and long breaks, putting himself through law school in San Francisco. I found the idea of being a lawyer very interesting, and as Richard and I became friends, I began picking his brain whenever I could. “What’s law school like?” I’d ask him. “How do contracts work? What types of law can you practice?” Each time I asked a question, Richard would say, “Patrick, you should just go to law school yourself. I know you can do it.” One day, I finally decided to believe him. I started taking classes again and eventually was accepted into an ABA approved law school. Those were some of the best years of my life. The work load was crazy hard, but I loved the challenge. I loved the learning. Beyond that, law school was full of the most positive people I have ever met. It was awesome how everybody looked towards the future with such hope and were optimistic about what life could bring. After I graduated, passed the bar, and started practicing law myself, I made a point to hold on to that positivity. Some days, being a lawyer is just as hard as working in the grocery warehouse, albeit in different ways. But when you see the profound impact your work has on a person’s life and knowing you really made a difference, it’s easy to keep being positive. Whatever happened to Richard? He is a top criminal defense attorney. Sometimes I look back and wonder, “Would I be here if I never met Richard?” I would hope so, but thank God he came into my life and planted the seed of becoming a lawyer.

After seeing first hand the impact a good lawyer can have on a person’s life, Meagan was ready to take her passion from the diamond into the courtroom. Since starting at the firm in 2015, Meagan has been getting a feel for the practice, meeting with clients, learning how a courtroom works, and looking for ways to help people. As she transitions to her permanent place here at the practice, Meagan’s main focus will be estate planning. This will be a great fit, considering the interest this attorney has for the field. As Meagan points out, “A lot of people don’t like talking about death because it’s sad or unpleasant, but you have to think about it before it’s too late. I like learning all about wills and trusts, and I am eager to help people who have spent their lives working hard for their assets, making sure they go to the right place.” Considering Meagan has been a go-getter since she was 4 years old, we expect her to channel that can-do attitude and dedication she’s expressed on the ballfield her entire life into helping our clients.

My passion for advocating for other people started in a grocery warehouse. I enrolled in community college after graduating high school, but dropped out at 19 after taking a job that demanded 60–70 hours every week. The warehouse offered good, honest work, but very few people I met enjoyed it. 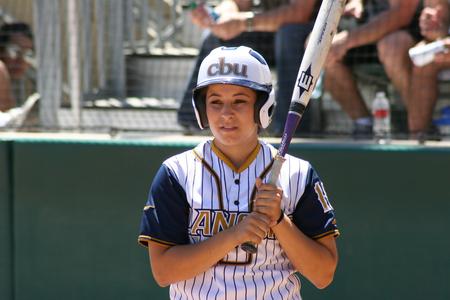 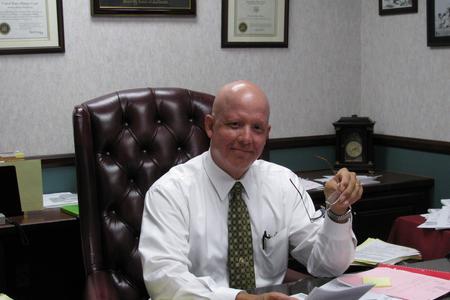 Many people played sports as a kid, but few of us were dedicated enough to let that passion carry us to a national championship at the collegiate level. The firm’s newest attorney, Meagan Silva, has that passion. From T-ball at the age of 4, Meagan grew up with a bat in her hand, always ready to hit one out of the park. Her love for softball drove Meagan to push herself farther with every practice, claiming scholarships and national rankings all throughout high school and college.

Our law firm plans to be in business for at least the next 50 years. We will be here in the future when your family needs us. At age 27, Meagan Silva is the future of the firm. Meagan's brother, Alex, will be attending law school in 2021.